Multan lies in the centre of Punjab and is the 5th most populous city of Pakistan. After launching charming developments in DHA Lahore, the real estate presents DHA Multan. Which has perceived as a big thing that has happened so far? Considered a big city in South Punjab, it is well known for its historical aspect. While it provides an elegant and modern living standard to its residents. It will become a model community with diverse housing society for elite, moderate and low-income families. Besides Innovative planning, safe and secure, High-Quality Development standards and availability of all necessities of life at doorstep will be the hallmark of the community. It will be an incredible living Place where everyone enjoys its facilities.

It is located in one of the most appealing locations in Multan. Therefore, the Average Price of plots in the surrounded society of DHA Multan is around 15 Million. It has expected to rise much higher than its competitors in the area. In 5 years time, we expected that this file would have converted into a plot with a price above 12 Million minimum.

It is located in the perfect area of Bosan Road near Bahauddin Zakariya University. It is planned on a large area lying between  Bosan Road & Matital Road. Hence, the Head office of DHA Multan is situated at Multan Public School Road close Northern Bypass. Another office situated in DHA Phase 6, close DHA Main Office in Lahore 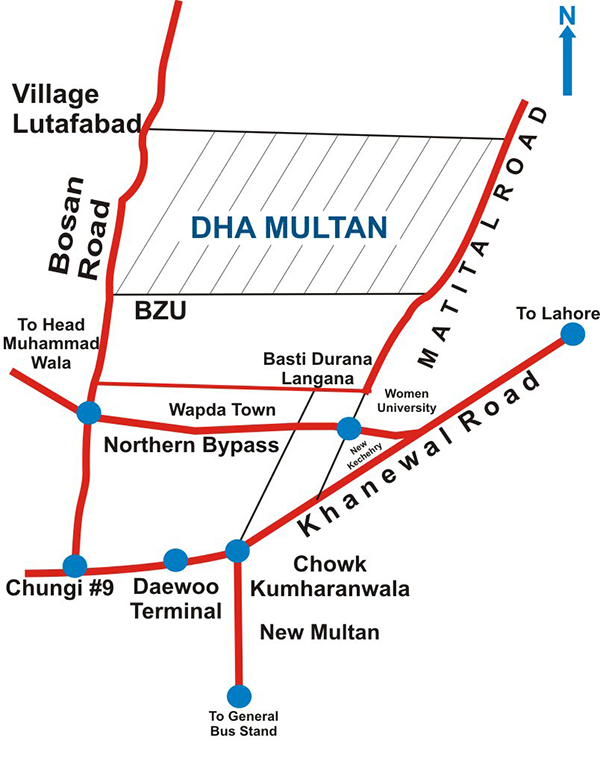 DHA Multan is making concerted efforts to keep up the pace of planning and development. However progressing Infrastructure development at DHA Site is a testimonial to speedy, unobstructed and top-notch development. While Initiation of DHA Villas, Nursery and Event Complex, sectors development and infrastructure indicate the resolve of the DHA team to make it livable by 2019

However total 9800 plots, Divide into two part one is residential and the other is commercial.

Finally, DHA Multan announced that official balloting of the phase 1 plot would be held on July 31, 2019. This draw or balloting will announce a successful applicant. Hopefully, Balloting results would be announce on the official website. 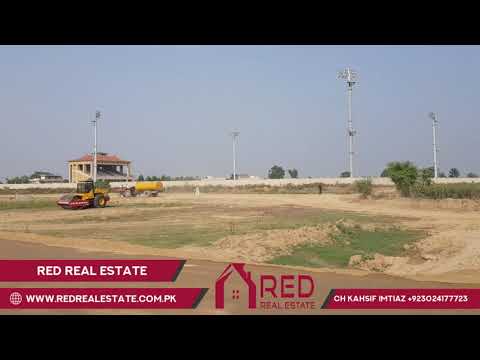 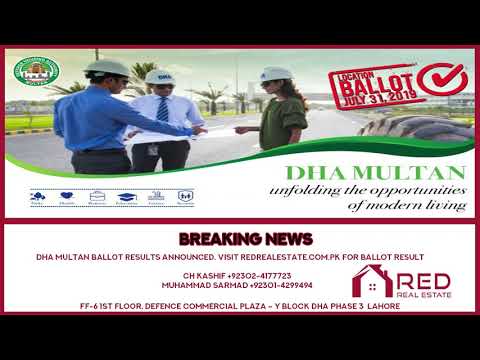 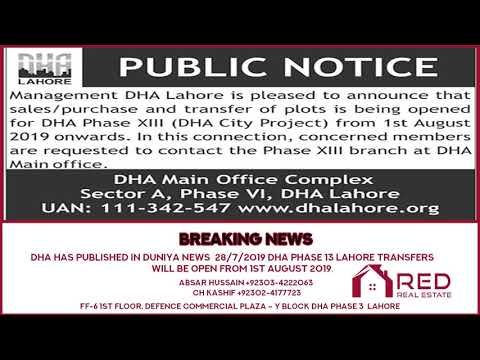